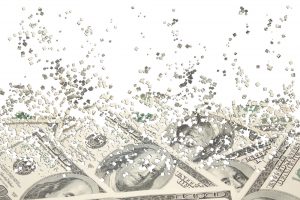 Up until about the year 2000, companies IPO’d fairly early on.

Now look at this year’s class of IPOs. Lyft IPO’d at a $22 billion valuation. Uber will likely go public at a valuation of more than $70 billion, and possibly as high as $100 billion.

Pinterest will IPO with shares valued at $12 billion. Slack will IPO at an estimated $7 billion valuation. Airbnb will be north of $30 billion.

The fastest-growing companies of the last 22 or so years have IPO’d very late. Facebook was a $104 billion company when it went public. Alibaba’s valuation was a whopping $167 billion. Google’s was $24 billion.

When a company IPOs today, most of the gains have already been made by private investors. In fact, the FASTER a company grows, the LATER it goes public.

Back when companies still regularly IPO’d early (usually well under $500 million), their early investors would be mutual funds, individual investors and institutional investors. Stocks like Microsoft, which increased from around $778 million at IPO to $915 billion today, created incredible wealth for public investors. And at the time, Microsoft was considered to have IPO’d very late.

That doesn’t happen much these days. By the time a company IPOs, it’s not even a small cap anymore. It’s a midcap or even a large cap stock. The hypergrowth phase is over.

How many of us would have invested early in Uber, Google, Facebook or Twitter if we had the opportunity? Unfortunately, most of us didn’t have the chance until the companies were already huge.

The New York Times recently noted this phenomenon in a piece titled “In This Tech I.P.O. Wave, Big Investors Grab More of the Gains.” Here’s an excerpt (emphasis mine):

[Companies’ maturity] could also mean that the companies’ fastest phases of growth are behind them. As a result, there is an increased risk that in this wave of tech I.P.O.s, an elite group of investors, like sovereign wealth funds and venture capitalists, will grab a larger share of the winnings compared with new investors.

“Individual investors are going to get in too late,” said Jason DeSena Trennert, managing partner at Strategas Research Partners, a markets and economic analysis firm. “They’re going to be the last investors in, and that’s the concern.”

Unfortunately, the problem is getting worse, not better. Venture capitalists (VCs) and other private investors have set up a huge private-funding ecosystem. The goal for VCs and other private investors is to invest heavily over time in the best startups. They benefit from the companies staying private longer because they don’t have to share the investment with the public. And for startups, an IPO is a headache, and there’s easy private funding available for winning companies.

If you want early-stage growth companies these days, you almost have to look into private markets. Sure, there’s a handful of good small caps out there, but most tech stocks are overcrowded, mature and expensive at this point.

Since May 2016, private investments have been available to all U.S. investors through equity crowdfunding.

At first, there were a limited number of deals. But today, it’s a diverse landscape, with more than 70 startup companies available for investors to choose from at any given time. Valuations (company values) range from $2 million to $40 million for most companies.

These are very high-risk, high-reward investments. Most deals will not be profitable. But if you choose well, a few will be very lucrative and will make up for the losers and then some.

Amazingly, most people still don’t even know they can invest in these kinds of startup opportunities.

If you’re new to startup investing, here’s a list of sites to explore:

Startups today are growing faster than ever, thanks to huge advances in technology and a significant drop in costs to start a business.

With equity crowdfunding, these companies are able to tap into capital markets in a brand-new way. They can bring on customers as investors and vice versa. It’s going to empower a whole new generation of entrepreneurs and investors.

My advice is to start getting familiar with the landscape now. Investing in a few deals is a great way to start learning. Once you have skin in the game, you’ll pay much closer attention. With minimums as low as $50, anyone can become an online angel investor. It’s fun, rewarding and potentially lucrative.