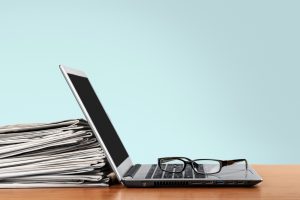 The crypto markets rallied big time this week. Bitcoin broke past $5,000 for the first time in months. And altcoins performed even better. Litecoin jumped from $60 on Monday to $96 on Wednesday, gaining 60%. And ethereum rose from $141 to $178 in the same time frame.

It’s not clear exactly what caused the surge. Some theorize that bitcoin was simply due for a price spike and that the coin’s fundamentals have nothing to do with it. Early Investing Co-Founder Andy Gordon disagrees. He argues that there’s plenty of progress being made behind the scenes that’s impacting market behavior.

Whatever your theory, the market spike was a welcome change. And there’s probably more where that came from. As Early Investing Co-Founder Adam Sharp wrote for First Stage Investor this week, the crypto markets may be turning a corner. And with altcoins performing so well, it’s a great time to snap some up for your portfolio.

On to the News Fix…

Georgia is on the verge of legalizing medical marijuana (CNN). The state assembly passed HB 324, which would allow for the possession, production, manufacturing and dispensing of low-THC cannabis oil in Georgia. It would also set up a state commission to oversee the industry, and allow the state to license pharmacies and private companies that would sell low-THC cannabis oil to medical marijuana patients.

California has had legal recreational weed for more than a year. But its legal market is still facing competition from the black market. So Gov. Gavin Newsom is leading the charge to eliminate illegal marijuana farms with help from the National Guard (CNBC).

In February, he said he would “boost the National Guard’s statewide Counterdrug Task Force by redeploying up north to go after illegal cannabis farms, many of which are run by cartels.”

Adding to the black market’s strength are California’s licensing problems. Thousands of legal growers face the threat of losing their licenses unless the government acts quickly. While it’s reasonable to want to eliminate black market activity, if California really wants to bolster its legal market, it should focus on what it can do to help legal growers.

Forge plans to raise a $1 billion fund through sales of derivatives linked to startup shares that would be offered to both institutions and individuals.

Okta made its first investment in Trusted Key, a blockchain-based digital identity company.

The Securities and Exchange Commission (SEC) released guidance on issuing token sales on Wednesday (CoinDesk). But it still leaves a lot of unanswered questions.

And the SEC knows it. In a statement, it said, “The framework is not intended to be an exhaustive overview of the law, but rather, an analytical tool to help market participants assess whether the federal securities laws apply to the offer, sale, or resale of a particular digital asset.”

The guidance applies the “Howey test” to digital assets. Under the Howey test, an investment contract exists when there is the investment of money in a common enterprise with a reasonable expectation of profits to be made from the efforts of others.

But it’s unclear how broadly the guidance applies.

“While it’s helpful and it’s good to see the SEC remains focused in this area, it’s not quite as useful as a law or a rule or even formal guidance would be,” Andrew Hinkes, an attorney with Carlton Fields and general counsel for the investment bank Athena Blockchain, told CoinDesk. “A lot of it is a reiteration of what the law is and has been.”

It’s a start. But the SEC will need to provide more clarity moving forward.

On the institutional side of crypto, Barclays and the Royal Bank of Scotland (RBS) have joined a trial for a blockchain real estate tool. The tool is from Instant Property Network, a startup using R3’s Corda platform, and is designed to streamline the real estate purchasing process (Cointelegraph).

This is big. Dan Salmons, RBS’ director of mortgage innovation, said the bank had not found a satisfactory consumer use case for distributed ledger technology until this trial.

“Property is an industry that is ripe for this, where a complex difficult process for customers could be made cheaper and more transparent,” he said.

Anyone who’s ever bought a house can confirm: The process can be hellish. If blockchain tech can simplify it and reduce costs, it’ll be a welcome change. And it might spark change in other industries as well. Speaking of which…

PayPal has also started to dip its toe into blockchain. The payments giant made its first investment in a blockchain technology company this week (CoinDesk). It joined the extended Series A round for Cambridge Blockchain, a company that helps financial institutions and other companies manage sensitive data using shared ledgers.

Neither company disclosed the amount PayPal invested, but its participation in the round is important regardless. A massive payments company opening the door to blockchain technology is another brick in the wall of crypto infrastructure. A PayPal spokesperson explained the investment:

We made an investment in Cambridge Blockchain because it is applying blockchain for digital identity in a way that we believe could benefit financial services companies including PayPal. Our investment will allow us to explore potential collaborations to leverage blockchain technology.

We’ll see where PayPal goes with this. But the Fix wouldn’t be surprised if PayPal eventually integrates blockchain into its vast payment system.

Have a good weekend!