Not All Hot Sectors Have Staying Power 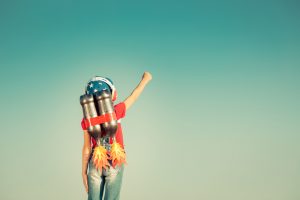 Q: What’s the first thing you notice about a startup that excites you?

A: Traction. And by this I mostly mean revenue. There is no other single metric that comes close in terms of importance. Most of my better startup investments had significant and fast-growing revenue when I invested.

That said, some of the best startup investments of all time had no revenue in their early years. Google, Facebook and Twitter, to name a few. However, these companies still had massive traction in terms of their large user bases.

To flip the question around, here’s something that does not excite me in a startup (that you might think would): a focus on patents. Sometimes patents are important, but too often startups put far too much focus on them. Patents can be very helpful. And they might come in handy 10 years down the road. But their near-term importance is usually overblown.

They almost never help with what’s important early on – traction and growth.

Q: How can you tell if your startup investment is doing well?

A: Evaluating the progress of startup investments is as much art as science.

If you’re investing in pre-revenue startups, you don’t have a meaningful revenue track record to evaluate. But you can still measure other aspects of growth, such as customer growth or pipeline growth. You can also look at softer metrics, such as product development and monetization strategy. Is good progress being made? Does it make sense to you? Is the startup meeting its own milestones on schedule?

With that said, those aren’t necessarily horrible signs either. Spending more, and more quickly, could mean the startup is progressing to its next and higher-spending phase faster than expected, which is a good sign.

More likely is the fact that startup teams usually overestimate what they can get done and underestimate how much they have to spend to do it. It happens all the time.

This is tricky. Startups don’t get a free pass on underperforming or overspending. Nor should they get thrown under the bus. As an investor, you deserve an explanation as to why this is happening. Then it’s up to you to judge whether the explanation is acceptable.

I hope you’ve noticed that hard-and-fast rules for judging the progress of pre-revenue startups are conspicuously absent. Soft metrics are not easy to evaluate. But the more you do this kind of evaluation, the better you’ll get at it. So hang in there.

Same thing goes for analyzing costs. If a startup is spending $1.50 for every $1 of revenue growth, is that something that should concern an investor? Absolutely.

If its costs are not trending in the right direction, the company should have a plan to reduce spending. For example, once a product is finished, perhaps the company will spend half as much on product development. Or if a company is spending lots to break into tough markets, once it has reached its goal of, say, 12 markets, it starts spending much less on marketing and sales. Or a company has a plan to leverage more sales against every dollar it spends on marketing. Monetization must aim for profitability at some point.

The post Mailbag: How to Tell if Your Startup Is Flourishing appeared first on Early Investing.