China May Lose Its Battle Against Crypto 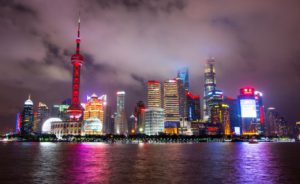 Here’s the only reason China wants to kill crypto: It can’t control it.

Any other claim China makes about crypto is disingenuous at best and deceptive at worst.

China likes to maintain strict control over the movement of money and wealth. It’s extremely difficult for Chinese citizens to transfer money out of China. Chinese nationals frequently resort to real estate dodges to move money out of the country. China even micromanages the amount of money people can take to Macau (an “autonomous” region just south of China) to gamble. When the limits go up, more people go to Macau. When the limits go down, fewer people go to Macau.

Cryptocurrencies like bitcoin threaten to disrupt China’s strict control of the nation’s wealth. With crypto, people can easily move money and wealth around without government interference. That’s a direct threat to Chinese leadership. And China is moving quickly to quash this threat.

That’s why it’s trying to ban crypto mining for “environmental reasons.” That’s why it has banned crypto transactions. And that’s why China is launching its own digital currency. It wants complete control.

China is used to winning these battles. The country recently cracked down on big Chinese technology companies because they were big enough to initiate systemic change. And China routinely blocks websites it disagrees with from reaching its citizens.

At long last, the Chinese people will have the freedom to be part of the larger global society. And China’s government, as we know it, will have to change.

The more the world embraces crypto, the more pressure it puts on China to change.

So if you needed another reason to buy crypto, now you have one. It’s your patriotic duty.

The post China May Lose Its Battle Against Crypto appeared first on Early Investing.